Life in the very fast lane 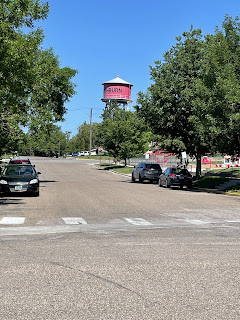 When does 99 degrees equal 1,000 miles?  On the hottest day of the year in North Dakota and you reach the city of Bismarck, the 1,000 mile mark from the Three Forks, MT, Missouri River headwaters.  I’m not sure if other through paddlers on the river keep an eye on mileage the way I do (distance covered each day, distance to the next major goal, how far to go, how far I’ve gone) but it’s the method I use to keep focused.  The distance from the  headwaters to the confluence of the Missouri River with the Mississippi River is 2,321 miles.  That is a mind boggling distance; nearly the same as flying from New York City, NY, to San Francisco, CA.  Put differently, if I had paddled my 1,000 miles heading west out of New York City I would have arrived in Des Moines, IA, two days ago.  That sounds like a great accomplishment until I’m reminded that I still have from Des Moines to Santa Fe, New Mexico, to go.  Ugh!

My departure from the Garrison Dam was pretty leisurely.  I slept in (to almost 7:00 a.m!) and then spent some time repacking bags, checking emails, and getting ready to head downstream.  At 11:00 a.m. I popped into Nate’s office to let him know I was ready to depart.  We loaded up my gear and drove to the boat ramp on the downstream side of the dam.  It was one of those sunny, relaxing kind of days with low humidity and the temperature at that perfect mark in the mid(-ish) 70s.  Perfect weather for getting back on the river.

After thanking Nate for all his help, a shuttle around a big dam is truly a godsend, I shoved off.  The current below the dam is pretty fast from the daily release used to generate hydroelectric power so I enjoyed being back on a flowing river.  It’s 35 miles down to Washburn, ND, where a package was waiting for me at the post office under general delivery.  My noon departure meant that I wouldn’t make Washburn that day so I took it easy and let the current do the work.  My goal was to get about 10 miles upstream from Washburn to time my arrival at the Post Office for late morning the next day. 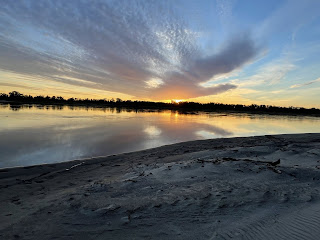 The biggest challenge of the day was finding a suitable campsite.  When my 6:00 p.m. “time to camp” mark arrived I started looking for a site.  It took another hour until I was able to locate a spot in a cottonwood gallery on the high bank off the river.  The woodlands formed by cottonwoods team with bird life and really give me a thrill every time I pass one.  Unfortunately, with flooding on the river now all but eliminated the conditions for their seeds to catch in the silt of newly flooded areas no longer exist.  In another 50 years the current cottonwoods will have reached the end of their natural lifespan and as they die they won’t be replaced by a younger crop of trees.

My trip into Washburn, ND, was pretty pleasant.  I pulled over at the edge of Riverview Park and staked my canoe down in a fairly hidden spot.  I walked to the Post Office to pick up my package (new paddling pants and shirt) and then went to the Ace Hardware store hoping to find an old style tractor seat cushion for my canoe.  When Verlen Kruger designed my style of canoe he used for a mold the most comfortable seat he could find, one from a Ford tractor.  Of course, the clerk at the hardware store had no idea what I was talking about (so much for my farm boy upbringing) but we did locate a pad in the hunting section that might work.  I can now report that the nerve in my bum doesn’t hurt nearly as bad after sitting in the same position for 10 continuous hours.

After grocery shopping and lunch at a cafe downtown I got back on the river thoroughly impressed with how clean and well kept Washburn appeared.  Since the day was over half done I decided to head seven miles downstream to the Cross Ranch State Park.  I’m so glad I did, this is a gem of a location along the river set in an old growth cottonwood forest.  The icing on the cake was the hot shower after a sweaty day on the river.

Looking over my maps, I came to the conclusion that the next campgrounds were downstream of Bismarck, ND and about 35 miles away.  All indications pointed to the fact that I wouldn’t be able to camp off the radar as the stretch of riverbank leading into and out of Bismarck was heavily developed with expensive waterfront homes.  The best bet was to head to Ft. Abraham Lincoln State Park, a distance of 37 miles and the making of a long day.

I got an early start and made my way downstream.  The mornings on the water have typically been calm with no wind so I enjoyed the current and placid conditions.  At noon I pulled over at the best spot I could locate, a cut in the river bank leading to the high embankment.  From the river it didn’t look like I would be infringing on anything more than a cattle watering hole.  As I climbed to the top of the bank I realized I was at the edge of someone’s lawn.  I thought about moving but it was lunch and nap time so decided to risk it.  Sure enough, just as I sat down and had fished out my first Cliff Bar I heard the sound of a four wheeler coming in my direction.  Busted!

The owner of the property, Lloyd Jones, had seen me coming down river and figured I had pulled off to take a breather.  We sat and talked for about 45 minutes about the history of the river, his frustrations with the Army Corps of Engineers in how they manage it, and a variety of other wide ranging topics.  At the end of our conversation he left me to pick a shaded spot for my nap and headed off to do other things.  Meeting him was one of the highlights of my day; sometimes a blunder can be a blessing.

After lunch I made my way towards Bismarck stopping once to accept a gift of water and a soda (thanks Bob!) from a gentleman out for the day on his pontoon boat with his daughter.  Bob warned me of the heavy boat traffic I’d encountered coming through the city and how to navigate up the Heart River to reach my next campground at Ft. Lincoln.

What to say about my experience paddling through Bismarck?  Wow, just wow.  I have never seen that many personal watercraft in so short of a section of river.  Pontoon boats, speed boats, fishing boats going as fast as speed boats, and jet skis with teenagers zipping in between all of the others.  And me right in the thick of it trying to hold to the right bank in the deeper channel and not get run over.  About three quarters of a mile from my destination a congregation of dozens of boats of all sizes and shapes was pulled onto several sandbars where a full scale party was taking place, and me right in the thick of it.  I got the “what’s that old man doing in that kayak” look from nearly everyone I passed and just kept paddling.  I figured it would be a small miracle not to be run over and I didn’t want to hang around to give anyone an extra chance!

By the time I reached the campground to drag my gear up the bank (no boat ramp at that state park) I was exhausted.  I would need to take some me time the next day to tour the Mandan village and Ft. Lincoln to decompress.  I took most of the morning off, determined that I would paddle only 20 miles and enjoyed chatting with other campground residents including Rosalie and Bill Lithicum from Bethany, Missouri.  They approached me by saying “we saw your rig and we bet you have a story to tell.”  “Oh do I!” was response.  It turns out that Montana snowstorms and tents destroyed in North Dakota tornados make for good storytelling!

So that leads us downstream and entering Lake Oahe today paddling into south winds with whitecaps forming as a thunderstorm brewed and spit rain all morning.  I reached the Hazelton boat ramp at noon and sat during lunch with my weather radio and iPhone apps trying to determine what to expect for the afternoon.  The wind appeared to be strengthening and the Weather Service said it would continue through the afternoon so I decided to call it and set up camp.  I’m now in the high traffic zone with a highway running nearby, probably the busiest campsite I’ve had all trip.  The kicker is that about an hour after I set up my tent the wind stopped and the lake has been smooth as glass.  It did rain all afternoon so that’s some consolation for calling another early day.  I spent the time chatting with strangers about my trip and life in North Dakota.  I also had a chance to plan the next few days on the water; I really didn’t have a game plan coming into this high water and that was weighing heavy on mind and paddling outlook.  The next few days are forecast to be nearly perfect paddling conditions (light tailwinds, temperatures in the 70s to low 80s, slight waves).  Let’s Oahe continues to be welcoming to me.  From what I’ve seen so far, things are greener and more lush than sections of eastern Montana and western North Dakota that I’ve already passed through. 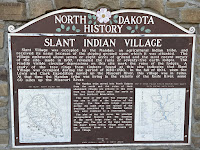 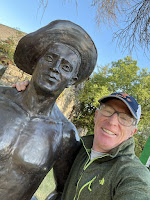 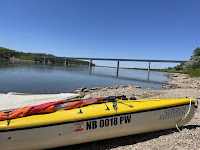 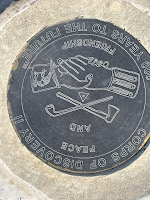 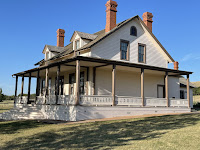 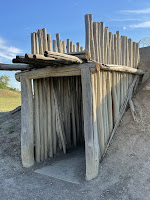 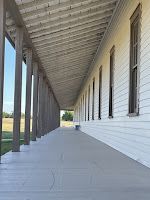 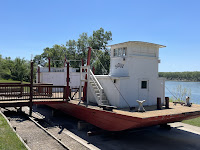 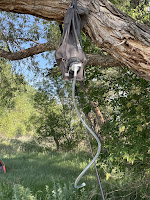 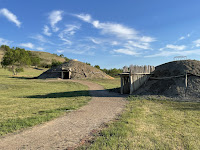 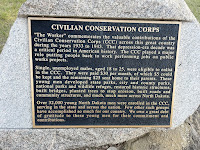 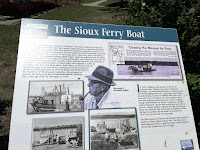 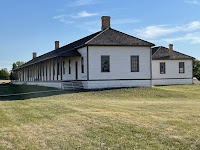 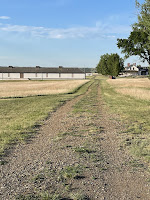 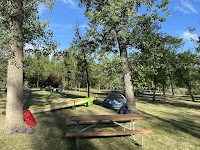 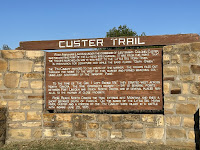 Posted by Jerry Bricker at 9:53 PM